It is a Slow Food Presidium, produced entirely with Cacao from the Chontalpa region, in Tabasco, Mexico. 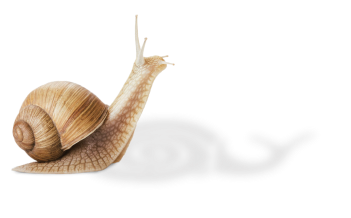 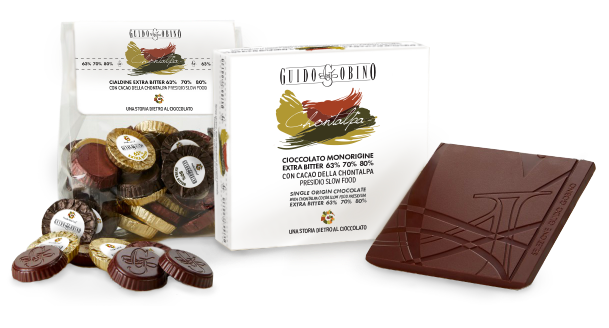 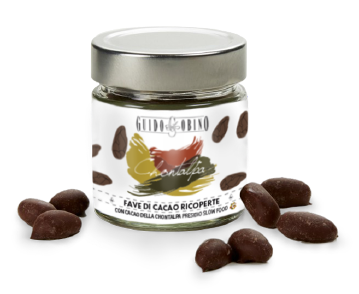 Cocoa beans from the Slow Food Presidium of the Chontalpa Region, in Mexico, roasted in our laboratory, skinned by hand and covered with chocolate. The bitter cocoa notes and the crunchiness of the whole beans are sweetened by the Chontalpa Dark Chocolate 63%.Scent of honey and hay. Fresh vegetable, honey and dried fruit notes. 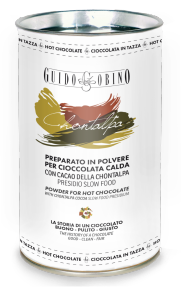 Obtained from the powder of chocolate refining and without thickeners.
It can be prepared with milk or water, as in the original Mexican tradition. 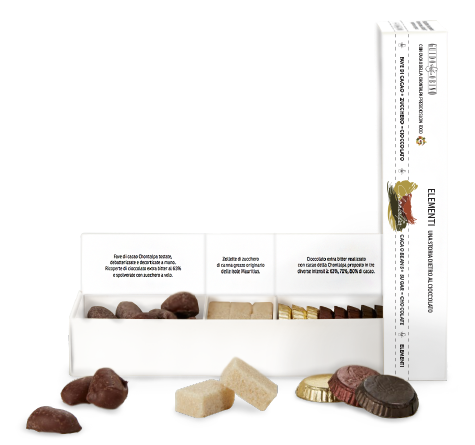 Storage conditions:
We suggest to store the product at a temperature of 18-20 ° C and relative humidity of 50-60%, preferably in dry conditions and spaces free of odors and away from heat sources.
Shelf life:
If stored at the above conditions, the product maintains its characteristics unchanged up to 24 months.
Gluten Free

A STORY BEHIND CHOCOLATE:
CHONTALPA’S PRESIDIUM OF COCOA

The Mexican subtropical belt hosts the best qualities of cocoa. Just below the Tropic of Cancer, south of the Gulf of Mexico, in the State of Tabasco, whose name evokes a land of strong characters, nature and the millennia have worked to produce the best cocoa on the planet. The Mexican region we are talking about is called Chontalpa, and is one of the places where Criollo Cocoa, the rarest and most valuable variety of cocoa in the world, originated. The cocoa beans begin here the long journey that will make them mature and dry before being transported overseas, where they will be processed to become top quality Chocolate.
From 2014, in collaboration with Slow Food, we buy this extraordinary cocoa directly from small local producers, guaranteeing in advance the purchase of the entire production and offering a fair price. We directly support the activities of the plantation, doing our best to allow producers to improve their living and working conditions.
In Chontalpa, cocoa is grown and processed according to a production protocol that the producers have created alongside ATCO and Slow Food. In Italy, Guido Gobino transforms it according to his canons of craftsmanship. The final product is the first Chocolate with the Slow Food Presidium brand, a good, clean and fair Chocolate.

Characteristics of cocoa
Chontalpa Cocoa includes the Trinitario varieties, Criollo and Forastero, whose plants reach 15 meters in height and have a peak of production at 25 years. They are dominated by other fruit trees (such as coconut, avocado, mango or cedar) that produce the shade they need.

Production
Reproduction takes place by grafting, using selected and locally grown plants. Irrigation is not practiced and, for fertilization, organic fertilizer is used: manure and waste derived from pruning and harvesting. Weeding is done manually, with a machete. Disease control occurs through agronomic techniques provided by organic farming.

Harvesting and post harvesting
The fruits are harvested by hand during the rainy season. The seeds are placed to ferment inside wooden crates, at a temperature of 45-50 ° C. After a week, they are dried in the sun, on metal grids, for 3-6 days.

IN ITALY,
IN THE VIA CAGLIARI FACTORY

Roasting
Following careful quality controls and the cleaning phase, the cocoa beans are subjected to the roasting process. The hot air inside the toaster and the continuous movement of the beans guarantee a homogeneous roasting, responsible for the exaltation of the original aromas of the cocoa. The roasted beans are then deprived of the peel and made grain; this, properly ground and refined, produces the cocoa liqueur.

Dalle fave al cioccolato
Cocoa liqueur is combined with cane sugar. The two ingredients undergo two refining processes. The chocolate then undergoes a conching process, at the end of which it will be ready to be tempered and poured into the molds.

The recipes
With experience we apply methodologies suited to the unique characteristics of this particular raw material, to convey the flavor and character of Chontalpa cocoa. An unmistakable aroma.

NATURE HAS GIVEN MEXICO A GOOD 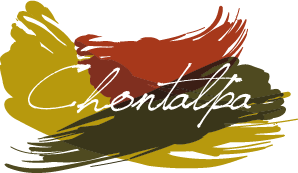 Nationality
Chontalpa region, state of Tabasco, Mexico.
It is considered one of the possible territories of the origins of Criollo cocoa and is the native region of the Olmecs, the first people to consume cocoa.

Produced by
A small group of producers coordinated by the local organization ATCO (Asesoría Técnica en Cultivos Orgánicos).
The Slow Food Foundation works alongside them and supports them in the training and promotion of cocoa.

Thanks to the alliance with Slow Food Presidia, sustainability will also increasingly be one of the main features of the Selezione Guido Gobino, an expression of Cioccolateria’s continuous commitment to the production of high quality, good, fair and sustainable chocolate.

This website uses cookies to improve your experience while you navigate through the website. Out of these, the cookies that are categorized as necessary are stored on your browser as they are essential for the working of basic functionalities of the website. We also use third-party cookies that help us analyze and understand how you use this website. These cookies will be stored in your browser only with your consent. You also have the option to opt-out of these cookies. But opting out of some of these cookies may affect your browsing experience.
Necessary Always Enabled
Necessary cookies are absolutely essential for the website to function properly. This category only includes cookies that ensures basic functionalities and security features of the website. These cookies do not store any personal information.
Non-necessary
Any cookies that may not be particularly necessary for the website to function and is used specifically to collect user personal data via analytics, ads, other embedded contents are termed as non-necessary cookies. It is mandatory to procure user consent prior to running these cookies on your website.
SAVE & ACCEPT